I hope you enjoy reading the article.

If you want to learn what my team can do for your business. click here.

In part two of our series on social media, we will be looking at Twitter. While it is a very successful and useful tool for businesses to use, Twitter does have a lot of differences to its much more popular rival Facebook.

The term ‘microblogging’ means that the site is based around sending short messages to audiences. These short messages are called ‘tweets’. In fact, the term ‘tweet’ has also become a verb.

As of 2014, Twitter has 230 million active users who combined tweet an average of 500 million times per day. Each tweet can have a maximum of 280 characters, so it is crucial that what you want to say in a tweet is condensed to its most succinct form.

When setting up your Twitter profile, the first thing you have to do is choose a name for your account.

Like tweets themselves, your account name should be succinct. In fact, your account’s url after the forward slash can only contain 15 characters. If you have a long business name, cut it down to something shorter, for example Web3 Brisbane Web design may just be Web3. But if your name is commonly used then you may have to use a slightly more creative name like web3official.

Once your profile is created, two photos must be added. These are your profile photo and header photo (much like the profile and cover pictures on Facebook).

You profile photo should be one that still looks good when it is shrunk down. The header photo should be something that is relative to your business, not one that just looks nice at the top of your page.

Your profile will also contain your bio. Like a tweet, this must be short and sweet, so only put the most crucial information about your business on there. Your bio is able to contain just one link, so it is best to have a link to your official website or your blog.

It should also be noted that if your full business name is too long for your url, this full name will be included in your bio.

From a business point of view, Twitter has three main purposes. These are establishing a social media presence, engaging with customers/clients and networking with other businesses and potential customers.

The type of content that you post on Twitter is crucial for engaging with your audience. Though your tweets are restricted to 280 characters, you can do much more with these than just plain text. The most common feature of tweets is the hashtag (#).

The hashtag is used before a keyword that is relevant to your tweet. Here’s an example of how we have used a hashtag in the past.

When you include a hashtag, people can then click on it and see other other tweets with the same hashtag.

Including relevant hashtags is a very effective way of getting people to view your tweets and thus view your page.

Another function of a tweet is the retweet. As the name suggests, this is when you see another person’s tweet and you share that tweet yourself. When this happens, an ‘RT’ appears before the original tweeter’s name.

When you want to send a public tweet directly to someone, the @ function is used before their Twitter name. This can be very useful when engaging with customers, clients and other businesses.

Finally, when you want to send a message to someone that isn’t in the public view, replace the @ with DM, meaning Direct Message.

The type of content that is good at engaging your viewers is very similar to that of Facebook. Relative links, photos and polls are good to have. Just make sure that your tweets are relevant to your audiences interests as this can annoy your followers with irrelevant tweets clogging up their home timeline. 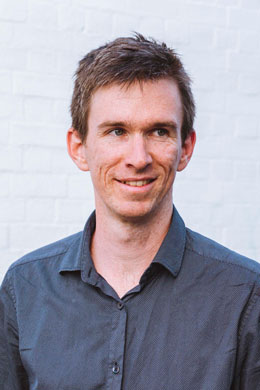 When it comes to gaining followers, advertising on Twitter is the best way to do this. There are three types of advertising: promoted accounts, promoted tweets and promoted trends.

According to a study done by Twitter, 72% of users said that they are more likely to engage in the services of a brand or business that they follow on Twitter.

When you have a promoted account, Twitter will then add your profile to the ‘Who to Follow’ page and widget. On mobile and tablet devices, promoted accounts appear on the home timeline, discover tab and the profile pages.

One interesting feature of promoted tweets is that you only pay per the number of people who engage with that tweet. When selecting a tweet to be promoted, you can either create a tweet or use an existing one.

Originally starting off as an extension of the promoted tweet, promoted trends are similar to regular trends, except for the fact that they are paid for. Regular trends simply show which topics are popular among the Twitter community at that point in time.

The only real difference between a regular trend and a promoted trend is that the latter is paid for. Also, when you click on a promoted trend, you can see a tweet from the page which is paying for that trend.

So should you use it?

The whole point of Twitter is to get short pieces of information to the public as efficiently as possible.

This is in contrast to other forms of social media such as Facebook and Youtube where more detailed messages can be sent to your audiences.

Once you have mastered the art of tweeting, Twitter will became a highly valuable tool for your business.

Do you use Twitter for your business? What successes have you had through the platform?

You will also find these interesting...

Live Chat Vs Chatbots: Which is better for customer service?

Facebook Ads Vs Boosted Posts: What gets better results?

Writing and research are my two main areas of interest. Working for Web3 allows me to provide information about different aspects of web design and SEO and how these can improve your website. 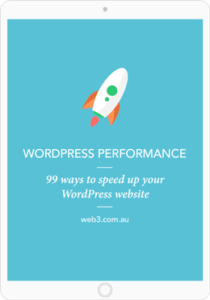 In todays world, its important more than ever that your website is working for your business to the maximum level.

Let us analyse your website and create a free action plan to accelerate its growth. We will provide clarity on:

We're only giving away 3 of these in August so claim it before its to late.

What’s in the proposal?

What is the most effective and efficient timeframe and pathway forward for us.

The choices of outcomes you can achieve.

Enquire Now
Get your free proposal. Tell us about your online goals. 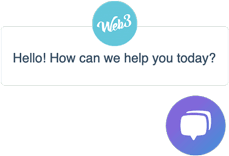